On March 22, we visited Yad Vashem Museum which is located at on the western part of Mount Herzl, just about 20 minutes walk from our Novitiate house at Ein Karem. Yad Vashem Museum is Israel’s museum to remember the victim of the Shoa (Holocaust) and also an educational center for research or documentations to different group coming from the local people and international organizations. Creative and moving Monuments are built around the museum to commemorate about six million Jewish victims, communities, partisans, soldiers and ghetto fighters and their painful experiences during the Shoah.

We had with Shlomo Balsam, a Jewish guide, to share with us not only his knowledge about the Shoa(Holocaust) but also about his family who was the victim of the Shoa (Holocaust). Shlomo Balsam introduced to us two parts of the Museum: one is for the educational center which is inside the building and second part as he said, is for the heart, outside of the building which they called “The Hall of Name”.

First, Shlomo Balsam toured us outside the Museum, “The Hall of Name”. Four significant places he show us was: first, the children memorial building – where 1.500 million Jewish children was the victim of the Shoa (Holocaust). We heard the name of the children was mentioned as we enter the dark building with some little light. We saw some of the pictures of the children – posted on the round wall that connected to the ceiling of the building – as we were about to go out from the building. Second was, the “The Valley of the Communities”, where more than 5000 names of communities are carved on the stone walls, the name of each community which constituted an entire world. Our guide, Shlomo Balsam, tell us some of the stories of the communities including the story of family especially his parents. These names recall a Jewish community which existed for hundreds of years and still remain until today in order to be remembered. Then, close to this Valley of Community was the Hall of

Remembrance where the ashes of Shoah victim was buried. Written on the floor, as our guide said, are some names of the Nazi murder sites, to symbolize the hundreds of extermination and concentration camps, transit camps and killing sites that existed throughout Europe. Lastly, was to the “The Righteous Among the Nations” garden. The trees – with the names of those being honored, the non-Jewish people – was planted around the museum to remember their good deeds by putting their lives on risk and save the life of so many Jewish people during the Shoa (Holocaust). The “Righteous Among Nations” garden is located just before the entrance to the Shoa (Holocaust) History Museum. 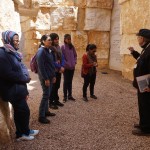 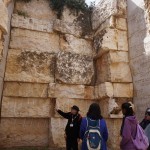 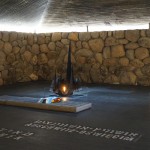 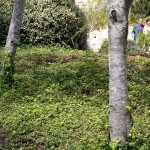 Before we enter the Shoa (Holocaust) History Museum, we had our packed lunch with cappuccino and hot chocolates. We continued our walk inside the museum with other people from different groups with their guide with them. In this museum, tell the stories and the life of the Jewish people and communities before the Second War World II until the mass genocide in different ghettos and camps. The personal stories and feelings of the victims of the Shoa (Holocaust) were exhibited through photographs, films, documents, letters, works of art, and personal items, like combs and shoes, that was found in the camps and ghettos. This time, we were not with our guide Shlomo Balsam anymore, which eventually already made it

hard for us to see the reality and suffering of the victim of the Shoa (Holocaust), and what more if we had a guide to tell us more stories that would leave a more heavy feelings inside us. However, as our guide shared with us about his life and his family, they were about moments of darkness but they were also about the moments of light and hopes, healing and life. Like Shlomo Balsam who continue and keep telling the same stories to the people, there is a healing and hope that there shall be no more other Shoa (Holocausts). Just like the trees are planted around the museum, that the Jewish people may continue to grow and flourished throughout the world again.