To think of God’s revelation to us as Jewish and Christian means we are able to make God to be part of our life which both respond to God’s call for common good.

From May 18 – 26, Mark David Walsh gave us a class on Jewish – Christian Relationships. This session gave us the opportunity to learn and see the important of the development of the Judaism and Christianity together side by side. This began with the early followers of Jesus reading the Jewish Scriptures, which Mark called our ‘Shared Scriptures’ and continued through the next 200 years.

Looking at the shared scriptures and the split between Judaism and Christianity. In the early life of Christianity, we see many understandings of who God is. This is also true with early understandings of Jesus’ own identity among many groups of believers in this time. During the life of Jesus we see many conflicts and confrontations among some of the different Jewish groups. Mark looks at it as a matter of dialogue rather than conflicts within Jewish groups. We must then ask when did distinct Jewish and Christian identities develop? Where, when and how does this happen?

We must look beyond the life of Jesus to later developments. Did the “conversion” of Paul mark the parting of the ways? Paul lived in, what Mark called a Jewish matrix, although his communities were somehow distinct because they believed in Jesus as Messiah. During this time we see the beginning of a Christian identity, but no uniformity. Paul believed that gentiles “must not become Jews or Israelites but the co-participants with Jews/Israelite in community of those set apart to the One God (Nanos). He believed that those who believe in Jesus can live and stay together. Next, we looked at the time of the Church Fathers, who were also trying to understand who Jesus was and what it meant to follow him. During this time, we see the emergence of anti-Jewish writing and the claim that the Jews were responsible for the death of Jesus. These situations increased as identities become more distinct between Christianity and Judaism during the time of Roman Empire and when Christianity had the freedom of religion in the 4th century. As a result, Christian came to view Jews as a superseded covenant people, replaced by the newly covenanted people, the Christian Church.

presupposes it and gives it a new, or added, dimension of meaning. The nature of God is revealed in the Old covenant and in texts like Isaiah were examples of how it was seen by some as open to all who respond faithfully from all the nation. Both Judaism and Christianity are interdependent. Jesus is one who lives the Torah.

“The gifts and the Calling of God Are Irrevocable” 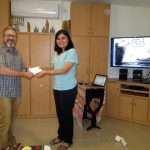 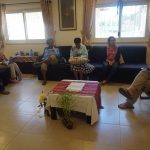 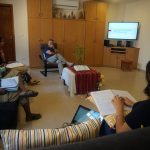 Therefore, dialogue became an important element: dialogue in life and action, theological exchange and religious experience. As the aspect of dialogue was highlighted throughout the two week sessions, it is important that Catholic educational institutions in training of priests, integrate into their curricula both “Nostra Aetate” and document of the Holy See regarding the implementation of the Conciliar declaration (#55). Because to think of God’s revelation to us as Jewish and Christian means when we are able to make God to be part of our life which both respond to God’s call for common good.