Nazareth was our home for three days, the reference place from where we left to visit some towns as Sephoris, Cana, Tiberias, Naim and Magdala.

So, we arrived in the Sisters of Nazareth house on September 16th after 5 pm. We were looking forward to have a shower because that day had been very hot on our tour via Akko and Haifa. We had our marvellous supper and thanksgiving and a very recovered sleep.

On the 17th, we got up very early in order to go to Mass at 6:30 in the Basilica of Annunciation – in front of the Grotto of the Annunciation – followed by our breakfast in order to visit the Chemin Neuf centre. We enjoyed very much the technology of this centre in the explanation of the Salvation History through of very ancient caves below the house and surprising audio-visual shows.

On Sunday, after our breakfast, we went to St. Joseph´s church to participate an Arabic Mass. Sr. Juliana explained us the homily after Mass helped by Sr. Darlene. Then Sr. Jilvaneide was in charge to guide us speaking about this magic city and the theological issues on biblical meanings of Nazareth. She reported: “Nazareth is not cited in either the Old Testament or the Talmud… Archaeological evidence indicates that it was a Jewish city during the time of Jesus and in that time the population was not more than 120-150 people (…). The designation of Jesus, the Natzorean, means in the first place that he was of Davidic lineage rather than came from Nazareth. He will be called a Nazarene (Mt 2:23) should be taken to refer to Jesus as the netzer-shoot out of the tribe of David. Nazareth is the largest Arab city in Israel and has about 30 churches and monasteries, as well as mosques and ancient synagogues…”

We also visited Mary´s Well, where now is an Orthodox Church. There, we appreciated very much the beautiful oriental paintings. Then, we had a delicious lunch in an Arabic restaurant.

Sr. Jilvaneide spoke about the Church of St. Joseph and Sr. Juliana led us to the cellar to see the place where Joseph supposedly had his job as carpenter. Then, we came back to the Basilica to see the details of that holy place – it was exciting to notice the different pictures on the wall around the church representing many countries. We were very happy to find Our Lady painted according to our own cultures: Indonesia, Costa Rica, Canada, Brazil and Ireland. We missed Austria´s Lady.

We also had the blessing of silence prayer during two hours in the Little Brother’s house where Br. Charles de Foucauld spent some years of his life. 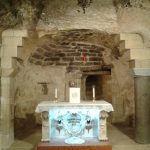 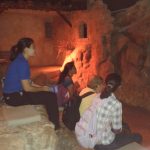 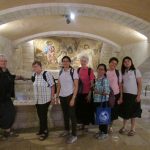 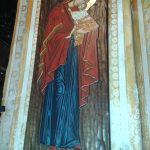 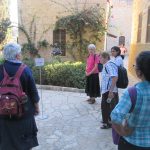 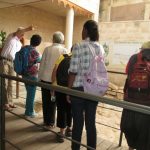