“Now Jesus and His disciples went out to the towns of Caesarea Philippi; and on the road He asked His disciples, saying to them, “Who do people say that I am?” (Matthew 16:13)

On our last day, the 7th day of our Galilee Trail, we went up to Banias (Philip Caesarea) via Safed. On our first stop in Safed, we had Shmuel (Samuel) who voluntarily gave us a free tour around the village. We were so lucky and he was really our “angel” of the day. Shlomo was so friendly and also entertaining that he made sure we visited the Art Candle Shop and the local Safed cheese shop. We bought some beautiful art candles and some local cheese as well. 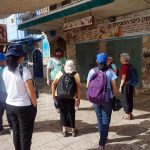 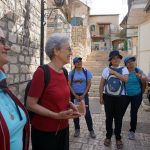 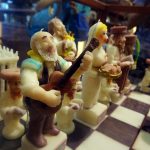 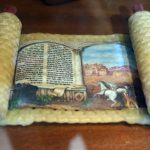 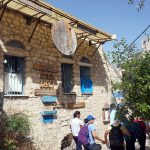 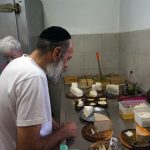 As Safed had been known as an important spiritual center in history during the medieval time, this mystical city on a mountaintop became the home for the Kabbalah. Many important works were written here including the Shulchan Aruch (“the Code of Jewish Law.”). Shlomo Halevi Alkabetz was one of the Kabbalists, composer of the very well-known Sabbath hymn “Lecha Dodi”, sung to welcome Shabbat. There are many synagogues there but Shmuel took us to visit the Ha’ari synagogue (Rev Isaac Luria) as well as the Abuhav Sefardic synagogue.

Lots of art works were displayed as we entered the Artist Colony. Hebrew letters were becoming mystical and giving a powerful message created on many displayed paintings, jewelries, drawings and handicrafts. One of the letters used very often is the letter “Hey”, means Adonai (God). Another letter for Adonai using similar sounding letters (Aleph for Yud and Vet for Vav), to simply play and turn the word Adonai into Ahava (God, Love). These two words were seen many times alongside the path through the Art Colony. Very simple but very powerful. 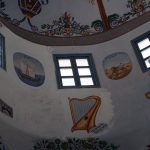 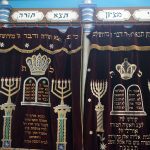 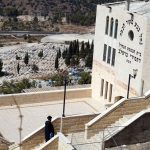 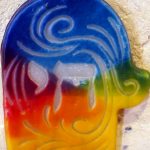 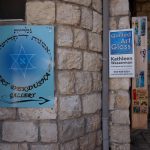 Then we left Safed heading to Banias. We had our picnic lunch alongside the river bank just next to the cave, the sacred grotto of the Greco-Roman God, Pan. Banias or Caesarea-Philippi, is an impressive Greco-Roman city located near a flowing spring, one of the sources of the Jordan River, at the foothills of Mount Hermon. The ruins of the Roman sanctuary included temples and courtyards built surrounding the sacred grotto or cave. This ancient city was located to the south of the springs. So we had time to go the spring after a walk around the park and the ruins for about 45 minutes. 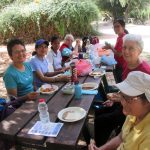 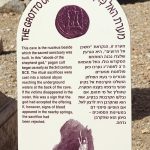 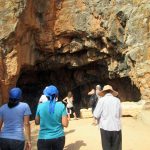 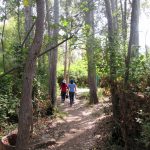 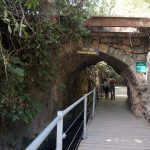 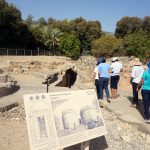 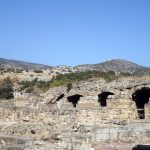 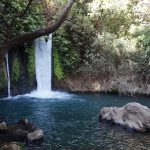 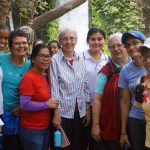 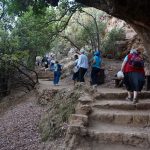 At the end of the day as we went back to Tabgha, the place where we stayed for three days. We came together for a prayer reflecting on the Scripture text of Matthew 16:13 (Mark 8:27) where Jesus and his disciples went up to the towns of Caesarea Philippi and Jesus asked his disciples “Who do people say that I am?”. This question of Jesus was becoming so relevant to us after visiting the places where Jesus grew up and did his ministry particularly around Galilee. This time of prayer we were invited to reflect the three stages of the life of Jesus: childhood, hidden life and ministry. We felt so grateful and fortunate for this experience of “come and see” in our relation to Jesus in the Scriptures. 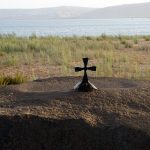 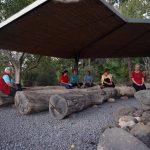 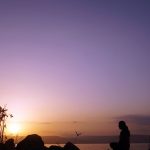