My name is Alejandra and I am from Guatemala. I am having an apostolic experience in Krakow. I read some books and visited some of the synagogues and the Jewish quarter in Krakow and I am a volunteer in the Jewish Galicia Museum. First of all I would like to explain about the history of the first Jews in Krakow. The first Jews who arrived in Polish territory were merchants. They were fluent in Arabic, Persian, Greek, Spanish and “Slav” languages and their arrival occurred simultaneously with the formation of the Polish state. One of them was Ibrahim Ibn Jacob, the author of the first extensive account about Poland. Interestingly, the very first mention of the name of Krakow (Karako) comes from him. The influence of the Jews in Poland was brought about mostly by their persecution in Western Europe, which increased during the crusades. The first Jews arrived in Poland in 1097 or 1098 from Prague and Germany. In the middle of the 14th century they had occupied 35 Silesian towns.
Regarding the social status of the Jews in Krakow we wonder why the Jews so eagerly settled in Krakow. It was because of the benevolence of King Casimir the Great. The friendly attitude of the king has prevailed in tradition for many years. King Casimir welcomed them and Jews assisted him in raising the country from economic ruin and bringing it into Western European Civilization. The Jews were given the privilege of guaranteed personal freedom and religious autonomy. The Jews contributed to the country’s prosperity as merchants. When the King died the Jews in Krakow did not have the same life and opportunity because the next king did not accept them as King Casimir.

Relations between Jews and Poles were close in Poland. “During the Second World War” Three million Jews and three million Poles were taken from their homes and were moved to Ghettos and Auschwitz is the proof that this terrible disaster happened. Now in Poland we can see most of the Synagogues are still in ruins and some were destroyed completely. Now I see many people are interested to know about the Jews in Poland and the church is working on reconciliation and bringing a to life the memory of the Jewish people in Poland.

I can say that the past is being remembered and the people are engaging in making memorials today. Just to give an example: the Galicia Jewish museum every year sends seeds of yellow flowers to all the schools around Poland and the children of each school plant those seeds in the soil to commemorate all the children that were murdered in the Second World War. 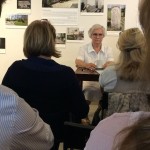 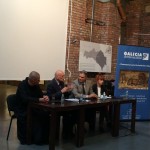 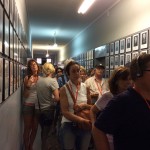 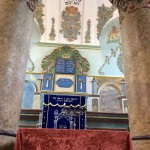