After the Alphonse´s experience with Mary (January 20, 1842), Theodore was sure that the moment had come to begin the Work. Our present constitution specifies that

“Our apostolic life is characterized by a three-fold commitment: to the Church, to the Jewish people, and to a world of justice, peace and love. Whatever task we are engaged in, we are called to integrate, in some way, these three dimensions of our apostolic commitment.” (Constitutions nº 13)

What name would Theodore give this ‘Work’? One thing was certain, it is Mary´s ‘Work’ and must be consecrated to Our Lady. In seeking a name for this ‘Work,’ Theodore asked God to enlighten him to find one that would reflect our biblical charism and the relation with the Jewish people to which the charism calls us.  One morning in 1843, as Theodore was praying in Providence Chapel of the Sisters of Charity, his eyes fell on verse 5 of Psalm 87. The first word he saw was the name of ‘Sion’. Immediately he understood that this biblical name, so often repeated in the Psalms, would be most appropriate for the ‘Work.’

In the Bible it is in Sion–Jerusalem that God chooses to dwell.

“From eternity, in the beginning, he created me, and for eternity I shall remain. In the holy tent I ministered before him and thus became established in Sion.” Sirach 24:8-10.

It was to live in Sion (in a land flowing with milk and honey, Ex 3, 8) that God liberated his people from Egypt, through Moses. Sion is the city of David and also a place that was chosen by God for the construction of his Temple by Solomon.

Sion has great significance and value for us Christians, because it was in this land that Jesus was born, began his mission, performed so many miracles, was crucified and rose to new life. Sion was the mountain on which the first Christian community began, with the Pentecost experience.

“The Church recalls that the Apostles, the Church’s main-stay and pillars, as well as most of the early disciples who proclaimed Christ’s Gospel to the world, sprang from the Jewish people.” (NOSTRA AETATE)

Through his writings, Theodore continues to teach us that Sion is a place of hope, prayer and promises. Theodore draws our attention to the many times that we hear in Scripture God’s promises to those who live his words. He insisted that in Sion charity should reign as it did in the first Christian community.

Our founder used to call the Sisters ‘Daughters of Sion’. For him Mary is the first daughter of Sion par excellence because she lived to the full the faith and hope of her people and she always welcomed the Word of God. Theodore urged us constantly to live according to the Word of God, to be women of prayer and love, so that everything that we do, we should do with love.

“To pray is to love. It doesn’t matter how we express our love provided we do love.” 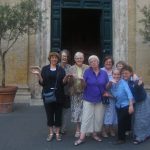 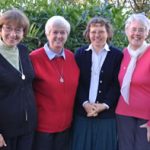 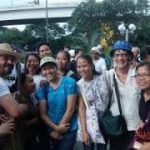 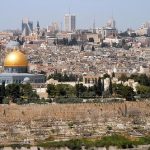 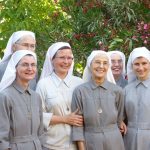