Our Outing to En Gedi, the Dead Sea and the Baptism Place at the Jordan River

On Sunday 6th of March we had our first visit to these three beautiful places. We went out together with two associates of Sion from Brazil, Luciano and his wife Sema, with Ada who is a friend of Sion from Poland and Victor a brother of Sion and the four of us with Sister Ivone and Sister Juliana.

The first place that we visited was En Gedi which is an Israeli nature reserve. Here we could see the gorgeousness of the landscape, springs, waterfalls, flora and fauna and remnants of the past. There were many students of a women high school and school and also many other tourist who were enjoying the sunny day, just perfect for a walk. So we did that. We climbed through the trails until we arrived to the place called Nahal David (David’s spring). Then we had a rest there and read the passage of the first book of Samuel 24,2 that talks about David, who crept up on Saul as he slept and cut off a piece of the king’s robe, proving that he could have killed him but desisted. 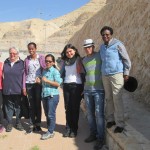 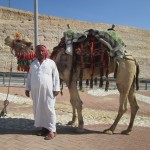 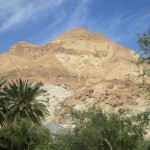 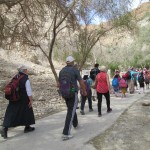 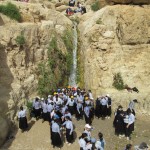 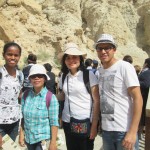 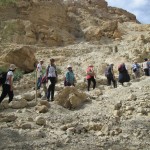 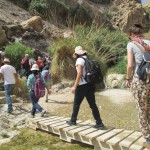 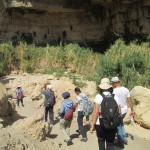 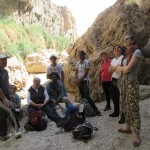 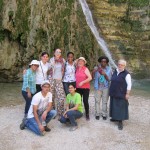 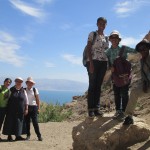 After we read this passage we started to go back in order to continue our journey to the Dead Sea.

Around one o’clock pm we arrived at the Dead Sea but before took a bath in the Sea we had a lunch. After that everybody were ready to go into the water and enjoy this unique experience. At the beginning nobody wanted to go into the water since it was a little bit cold but later on people started to get used to it. Soon some of us were floating in the water. We had fun and an excellent bath for our bodies. 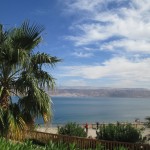 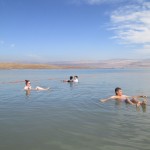 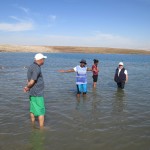 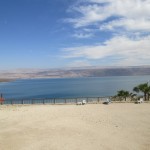 We had a good time in the Dead Sea and then after this nice moment we got ready to continue our journey since we were going to visit the Jordan River.

To finish our outing we visited the Jordan River. It was very interesting to see many people taking a bath in the river in order to renew their baptism. We saw this and it reminded to us the moment when Jesus was baptized by John the Baptist.

“Then Jesus appeared: he came from Galilee to the Jordan to be baptized by John. John tried to dissuade him, with the words, ‘It is I who need baptism from you, and yet you come to me! ‘But Jesus replied, ‘Leave it like this for the time being; it is fitting that we should, in this way, do all that uprightness demands.’ Then John gave in to him. And when Jesus had been baptised he at once came up from the water, and suddenly the heavens opened and he saw the Spirit of God descending like a dove and coming down on him. And suddenly there was a voice from heaven, ‘This is my Son, the Beloved; my favour rests on him.’” Mt 3,13-17 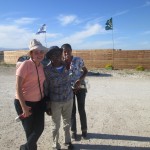 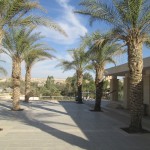 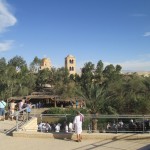 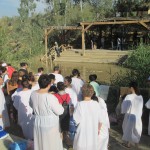 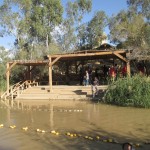 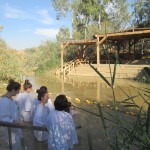 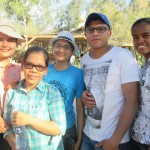 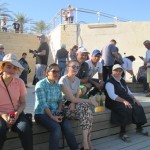 We thank the Lord for this opportunity to be in these places. Each one has their own beauty and it help us to continue discovering the importance to be here in the Land were Jesus and his people live.