Today it was Juliana telling how she meet Sion and what brought her to Jerusalem.

Abram starts out on this venture and leaves his home. He abandons all his safety, all his security. Since that tale of Abraham we know: a promise can only be fulfilled if we start out.

Never in her life, after the death of my father, had my mother worried about her own wishes. It was hard for her, in post-war times, to bear the responsibility for three small girls (I was just three). Often, she did not know how to pay for the next school excursion or for the warm midday soup during winter months, or for the school milk; to say nothing of our children wishes! In this atmosphere of uncertainty, of want and hardship, we grew up, the three half-orphan girls of Holzackern, a village of Upper Austria, amidst fields and woods. We probably had no material security, but Mother was always generous, even though we had very little. No beggar left us without something to eat, and missions were also supported with a little money. For: even when there is little money to help others, when everybody contributes, great things can happen! That was Motherâ€™s conviction. This was the atmosphere in which we three girls grew up: sharing, getting involved for others.

Why was missionary activity and church-going so close to my heart? During the long prayers of Mother, who took me with her everywhere (since I was the youngest of the three): in these prayer times I found peace and security. And so, Godâ€™s calling grew in my heart. At first, I understood nothing, since I had my own plans for my life. Only on my 24th birthday, I began to feel and hear Godâ€™s calling very clearly.

Go, read my word and follow me where I shall lead you. These were the words that made a turning point in my life. And it was no sooner said than done: I put the bible into my backpack with all the other things, and off I went by boat and rail to Israel, the Holy Land, following my call. During my volontariat in the Holy Land, Sister Ann Kathrin of the congregation Notre Dame de Sion and I start out together trying to fathom my calling to be a Sister.

Walking. opening myself, reading the scripture, in apostolic work together with the sisters, and in prayng with the sisters, it became clear: this is my vocation, this is what gives abundance to my life. And so, my motto is the sentence from John 10:10: I came that they may have life, and have it abundantly. 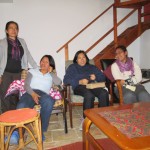 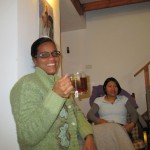 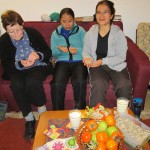 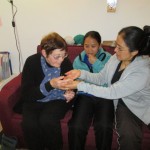 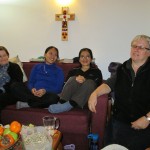 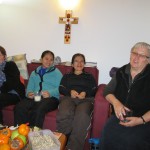