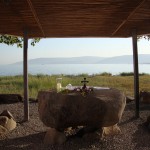 and Celebrating Eucharist at the lake in Tabgah. 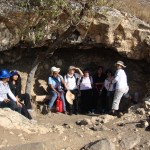 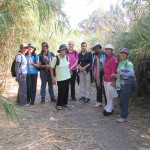 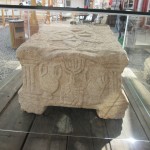 A Bihma with the Menorah

We came home full of energy and refreshed after walking with Jesus in his home town where he grew up and walked the hills of Nazareth. During our Galilee Pilgrimage. We walked around the See of Galilee and it was a joy to have Sr. Darlene with us, and even more, Sister Colette. In Nazareth we slept in the youth hostel in the convent of the Sisters of Nazareth. We took public transportation for our Galilee Pilgrimage. In Tabgah we stayed with the German Benedictine monks. From there we walked to the other side of the lake, to Kursi, Bethsaida, Capernaum and the Mount of Beatitudes. We will not forget how much we enjoyed St. Peterâ€™s fish and the prayerful atmosphere in Tabgah, where we slept in tents and a bungalow.

After our return to Ein Karem, we had a session with Liz Oakes, a friend of Sr. Darlene, who showed us how to work with Excel on our computers. Juliana went to Egypt for a week and enjoyed her visit with Sr. Jackie in El Berba. She met one of the men who has been working in the garden but had become ill. After she returned to Ein Karem she learned that he had died very suddenly. In a way that was a grace for him and his family because they are very poor and the cost of medication had become a heavy burden for them.

After the Pilgrimage, Juliana began her Hebrew lessons and the Novices as well as Sr. Ivone began their volunteer work; the Novices in the Kehila (Hebrew speaking Catholic Community) working with the Migrant workers and in the Ein Karem guesthouse; Sr. Ivonne as diplomated nurse in the French Hospital â€œVincent de Paulâ€. We had visits with Sr. Phyllis from Canada who was here with some family members and brought us many books for our Library. 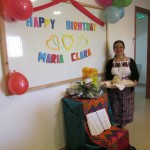 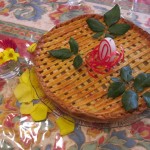 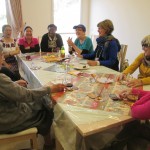 During the absence of Sr. Juliana we did some research and writing on our Charism, using Father Theodoreâ€™s books, the Chapter documents and the Constitution. Each of us made a Power Point presentation and now we are preparing one Power Point presentation as a community project. We celebrated Claraâ€™s birthday. In our weekly Ein Karem Community Mass, Fr. Severino led us in a shared homily to reflect on our work and involvement in Godâ€™s Kingdom: â€œAre we good workers or are we lazy workers?â€ was the question.

We joined the whole Jerusalem Community for a farewell celebration for Sr. Isabelle who has been working for several months with Sr. Brigitte Agnes in our new Archives Room, organizing the archives of Ein Kerem and of the Mediterranean Region. We asked her to remain the loving person that she is, with her smile and her sense of humour that provoke smiles and even laughter in those around her. These gifts help to keep her young, and in their own way they express our charism which is such a dynamic gift.

We had really joy-filled visits with some of our Contemplative sisters from Brazil and France who were here for a finance meeting. The news of the death of Rozeniâ€™s father, in Brazil, led us to reflect on death not as the end of life but as the transition to eternal life. We pray with Rozeni and her family for courage and strength in this time of mourning.

The coming 50th anniversary of the publication of â€œNostra Aetateâ€ has focused our attention on the relation of the Catholic Church with the Jewish people. Sr. Lucy from Canada has helped us to understand how much work has been done and still needs to be done to change the teaching about Judaism in our Catechetic and Bible studies, and to teach our people how to be with the other who is different. Hostility towards Jews is not the history of the Nazi regime only; it is a history of nearly 2000 years in which education has played an important part. Violence begins in the mind, in various forms of mental violence such as intolerance. Before the gas chambers of Auschwitz there were the harsh words of Hitler and before that, there where homilies and theological writings and even expressions of hostility in the NT towards the Jewish people. (â€The language anti-Semitismâ€ by Monika Schwarz-Friesel) After a talk on this, one of the Novices said, â€œNow I understand what Anti-Semitism is.

For the feast of Christ the King we were all at Ecce Homo for the festive Mass and reception. How much we need a good shepherd today, who cares for his flock more than for himself!

Jesus is this good shepherd.

With Advent beginning very soon, each of us has an assignment to write a short reflection on Advent for our Website. We have also bought our Christmas crib and have begun some preparations for Christmas. We want to thank you for all your support through your prayer and your care for us, and we wish all of you a blessed Advent Season.