Sr. Regine Canetti NDS and her family had to leave Bulgaria by boat under the threat of Nazism. The boat carried more than 350 Bulgarian refugees in the hopes of reaching Israel having escaped from their country. The boat was called ‘El Salvador’ meaning in Ladino “The Savior.” Our Sister Regina was on this boat with her family. She was nineteen years old.

On December 3rd, 1940 after a nerve-racking month of waiting, they finally got onto the deck of the Salvador convinced that they would reach their destination, but the condition on the ship was terrible and overcrowded.

They arrived in Istanbul, but on the evening of December 11th the authorities expelled them and the boat was dragged out of the port to a distance of three kilometers offshore and left there.

They sailed for long hours on the Marmara Sea not far from the coast. Then a very bad and sudden storm developed with strong winds, rain and snow. They were at a distance of about 100 meters from the coast facing a small Turkish beach. The Salvador was breaking apart with wooden boards falling into the waters.

Sr. Regine swam in the freezing water until she found herself lying on the shore. She had fought for her life. Sadly, her mother and brother drowned after the shipwreck and she and her father were among the survivors.

After Sr. Regine and her father went to Israel, she commented, “My life perhaps would have been different if the tragedy I had experienced had not occurred.”

She was a student in the boarding School of Sion in Bulgaria and the sisters there notified our sisters in Istanbul of the shipwreck and of their student, Regine. After staying with the sisters in Istanbul she soon went to Israel and to Ecce Homo. Sr. Regine said: “I have been born in Sion!” She is a wonderful woman who has lived her call with love and fidelity.

Each 12th of December, she goes to Mount Herzl to participate in the commemoration in memory of the victims. It was very moving to be there and to remember all the people who had drowned and suffered from exposure in the frigid waters of the sea. We accompanied them with our prayers. 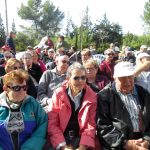 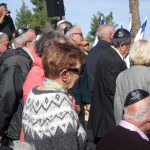 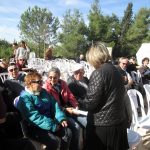 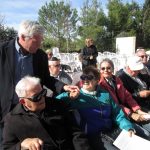 In addition, Sr. Regine participated in the lighting of the fire to start the commemoration and she put wreaths of flowers in the wall on which are written the names of the people who died that day. There was also a Bulgarian choir and speeches from Bulgarian diplomats and members of some Bulgarian associations in Israel. 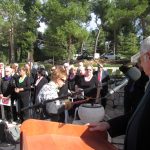 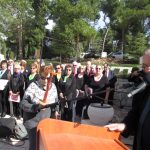 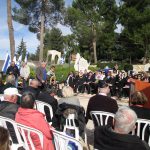 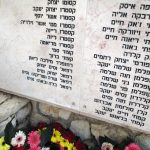 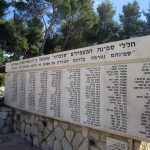 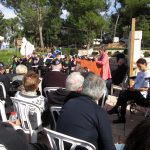 Regine is very thankful for her life. She said: “God gave me a new life!” She asked herself this question, „Why did God give me a new life? Do I answer? Is it a serious question?“ She hopes that Sion can understand what her mission is in the church… „Our vocation in the Church is unique, what is the meaning of „Israel” in the Church? We must be deeply in the church until we can understand our mission.”

Anti-Semitism has a tragic impact on the Jewish people. As a Sister of Sion, we have a mission from God to love the Jewish people and to build bridges between Jews and Christians. Our congregation has a special and unique charism to the Church and to the Jewish community.

We bless God for Sr. Regine‘s life and for being a testimony of life among us. She has followed Jesus Christ answering his call with fidelity, love and strength to follow him.

Thank you Sr. Regine for all your ministries in Sion and every person with whom you have shared all these years.

“Do not be afraid, for I am with you; do not be alarmed, for I am your God. I give you strength, truly I help you, Truly I hold you firm with my saving right hand” (Isaiah 41, 10) 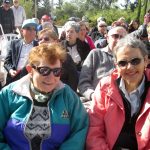 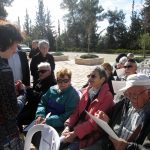 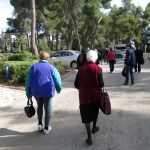