We started our studies and reflection on Tuesday 2nd of June 2015 with Sister Patricia Watson from Australia. Sr. Patricia is sharing her deep knowledge and searching about Louise Humann and Father Marie Alphonse here in the Novitiate House.

Louise Humann was born in Strasbourg on September 27th, 1766 and died on September 29th, 1836. She was intelligent even as a child. She knew 6 languages, among them Hebrew, Latin and Greek which she learned in order to read the Bible in the original languages. Her passion and love for the Bible gave her the motivation to go forward. She learned the catechism quickly so she was able to teach her brothers and sisters. She was the eldest of her siblings. At twenty one years she decided to enter the convent of the Augustinian Sisters but after six months she left. After she left she was sad and she met Fr. Louis Colmar who encouraged her to teach catechism to children, to visit the sick and the poor. She was a serious reflective young woman which helped her to live the reality of society of her time.

Louis Colmar and Louise Humann became very close friends and this friendship helped each one to go on. During the French Revolution which began in 1789 life was very hard and they suffered and risked their lives. Louis Colmar had to hide because he wanted to remain faithful to the Pope. Mrs. Therese Brek recently widowed with three young children had become a close friend of the two, Fr. Louis Colmar and Louise. They took a short holiday in the Vosges mountains outside of Strasbourg at a place called Turkenstein. On the feast of the Sacred Heart, 23rd June 1797, the three solemnly promised to spread the message of God’s love, as revealed in the Heart of Jesus, to the whole world. “Sint Unum – may they be one” (John 17:21) which would become their life inspiration, expressed in service of others, especially of care of the sick and the education of youth. Fr. Louis Colmar, Therese Brek and Louise signed a pact and each received a cross. Louise H. would be instrumental in passing on the Spirit of Turkenstein to another generation.

It is a great opportunity as novices of the sisters of Sion to go deep into Louise Humann’s life. It is amazing how much she influenced Theodore Ratisbonne’s life and all the qualities that she was able to communicate to our Founder. She had a discerning heart and lived from the Rhineland Spirituality. She was a woman passionate for learning and knowing about the Scriptures. I can say that Theodore inherited most of Louise’s qualities and these values are still in our congregation: For example we are called to be women of dialogue, love of the Scriptures and the poor; also we know that silence is very important for us as sisters of Sion. We did some social drama that helped us to experience Louise in her time and we enjoyed doing this.

To summarise we learned in a deeper way that our Charism is to love.

On Friday Geimy and Joey they celebrated their first wedding anniversary so we had a nice evening sharing with them. And we met Ingrid and Daniel from. Costa Rica and Chicago. It is a blessed for as welcomed them in the Noviciate house. 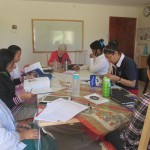 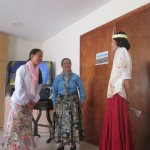 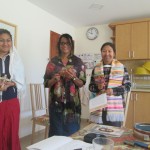 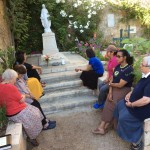 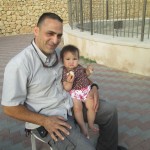 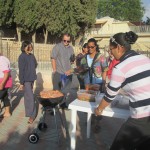 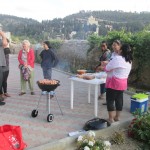 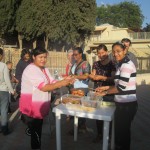 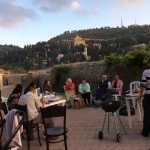 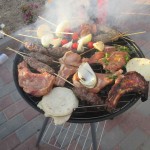 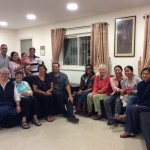 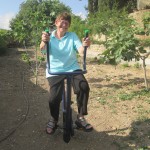