Sepphoris Its Hebrew name, Zippori or â€œBird,â€ reflects its lofty location. The city commands a panoramic view of the lower Galilee, including the towns of Cana, five miles to the northeast, and Nazareth, four miles to the south. The historian Josephus called this city â€œthe ornament of Galilee.â€ Sepphoris has been rightly called â€œthe forgotten city.â€ Over the years, commentaries and geography texts give their attention to the nearby towns of Nazareth and Cana, while Sepphoris has been virtually ignored. This has been a great oversight. Sepphoris is one of those cities in Galilee which, although not mentioned in Scripture, played a crucial role in configuring the political, social, and economic context in which Jesus of Nazareth lived and ministered (from the Israel tour guide book 2013).

Walking and Reading the land of the Bible…Walking the Jesus trail from Nazareth to Sepphoris and from Sepphoris to Cana was an amazing experience. It was indeed touching the country as well as its culture, feeling and smelling the landscape was a moment of glorifying God. It was a great opportunity of recalling the stories in the Bible by our foot. Indeed the gospel stories became more meaningful as we thread the path were Jesus and disciples had walked 2000 years ago. 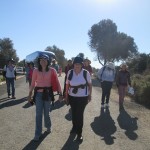 We arrive in Sepphoris 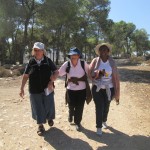 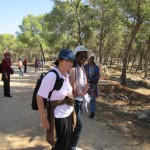 a lovely forest to 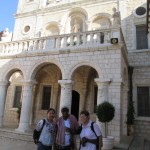 the wedding of Cana 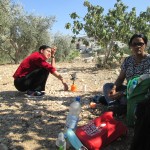 on the way some picnic 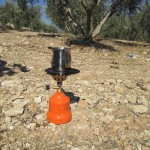 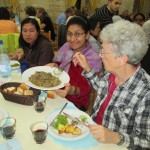 and for supper we had 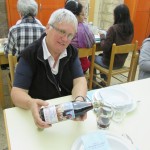