On Thursday 09th Carlos celebrated his birthday. Even though we were in our Regional Assembly, in our break time the Novitiate Community had a chance to sing “Happy birthday” to him while he was working at the cemetery. Sharing a cup cake and full of joy we really had a singular opportunity to show him how much we appreciate his presence among us. 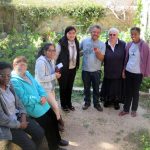 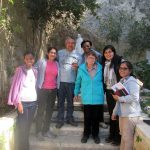 Carlos officially celebrated his birthday last Sunday. Preparing a delicious lunch with traditional Brazilian food and drink, he invited all the Jerusalem NDS Brothers, Sisters, the volunteers from Poland, some of the Franciscan fathers from our Parish in Ein Karem and some friends of his. We had a nice time to share, talk and meet one and other.

We finished our celebration singing “Happy birthday” to Carlos and enjoying a piece of cake. We thanked the Lord for Carlos’ life since it is a blessings for everybody to meet him. 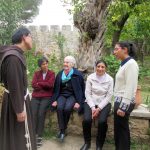 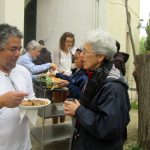 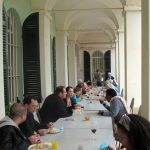 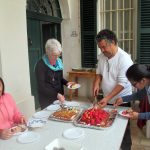 On the same Sunday during the evening we went for mass to the Kehila. After mass some members of the Catholic community performed the feast of Purim. Also in the streets of Jerusalem we could see many people celebrating this feast wearing costumes and masks.

Purim is a Jewish Holiday that commemorates the saving of the Jewish people from Haman, an advisor of Ahasuerus the King of Persia, who was planning to exterminate all the Jews. But with the intervention of queen Esther and Mordechai God heard their prayers and they could save their people. This story is written in the Bible, in the Book of Esther. That is why the Jews remember the day of deliverance that became a day of feasting and rejoicing.

“In the twelfth month, which is the month of Adar, on its thirteenth day … on the day that the enemies of the Jews were expected to prevail over them, it was turned about: the Jews prevailed over their adversaries. – Esther 9:1
“And they gained relief on the fourteenth, making it a day of feasting and gladness”. – Esther 9:17
[Mordecai instructed them] to observe them as days of feasting and gladness, and sending delicacies to one another, and gifts to the poor. – Esther 9:22 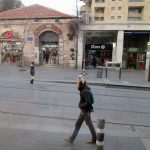 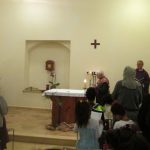 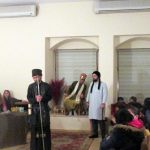 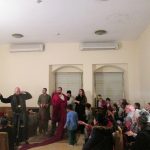