When we, Victoria and Alejandra, came back from Poland, we spent some days with Andreas and Barbara. They are a couple and are friends of Sion. They have been in Egypt, specialy in Berba. That’s why they invited us to stay in Linz from the 19. to 22. of November 2015.

What can I say about Austria special from Linz? It is a beautiful city and is the third largest city of Austria approximately 60 kilometres from Czech Republic and also has a beautiful river called Danube.

Our first day in Austria we took the train from the Vienna airport to Linz. Our trip was two hours. Andreas was waiting for us at the train station. From there we went to his home which is located in the neighbourhood Dornach. After that we had a very nice walk to a hill where Andreas showed us how the train worked with horses to export salt from one city to another.

The second day we had a music workshop with Father Werner Hebeisen. He is a Jesuit and an musician. We were surprised because he plays 27 instruments. It is so amazing how he has the gift of playing each instrument! Also we had some exercise of singing which I enjoyed very much because I don’t know too much about music. But with Fr. Werner I was able to sing. It was a wonderful morning. But what cached my attention was an instrument called Alphorn. It is an instrument form Switzerland and an instrument that I have never seen in my life. The sound is so gorgeous. After that we had an interview with Joseph Wallner. He is a journalist and he wanted to know how was our experience in Poland and what we did, we explained to him what we did there. It was a surprise for me that he had been in my country Guatemala and he knows what is the reality of my country. He is working with an organization to help the people to have water in their own houses. We had the experience to go to a concert with the Bruckner Orchestra in the Concert Hall called Bruckner House. It was amazing music! How the musician played the piano was incredible. His hand was very smooth like flying.

Also we went to the village where Sister Juliana was born. The village is called Meggenhofen and the small neighbourhood is called Holzackern. The main house is built of wood. It is a nice place and green. We met some members of her family, one of her sisters and one of her nephews.

On Sunday we went with Andreas to the Church “Christ the King”. We helped him to sell some souvenirs made of olive wood from Bethlehem. It is a group that are working for peace especially in Bethlehem. Also we met some refugees from Afghanistan because Andreas also is working in Caritas helping with this reality what is going on in all Europe.

Of course we test some typical food from Linz like dumplings and Linzer Torte.

Andreas an Barbara they organized very well our time in Linz. That’s why we enjoy it and we learned too about Linz. 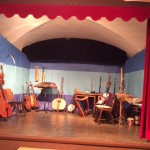 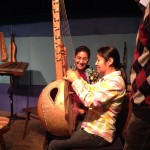 Playing a Kora from West Africa 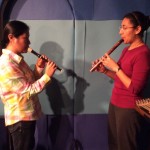 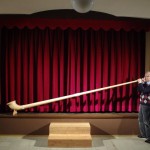 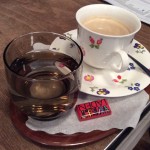 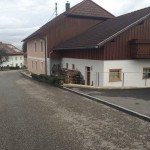 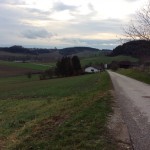 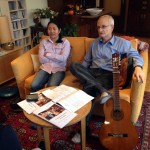