In the context of the 175th anniversary of the Event of January 20th, our Jerusalem Sion Family had the honor and the happiness of celebrating Father Mary’s birthday, his last days and the remembrance of his death. During the week, Brother Elio Passeto NDS gave us some material and talks on Mary Alphonse for us to pray with and to reflect on.

Alphonse Charles Tobias Ratisbonne was born in Strasbourg on May 1st, 1814. He was the second youngest member of his family. His mother, Adelaide died when he was four years old and since then he was brought up by his father, uncle, brothers and sisters.

There is a description by Sr. Carmelle in her book, “Alphonse Ratisbonne from Rome to Jerusalem”, that expresses very well Alphonse’s personality:

“playful and sensitive, he won the hearts of all by his spontaneity spiced by charm and intrigue of the unexpected” (p.7).

Our dear Father Mary was a person full of energy, passion and love. As the quote says, he won the hearts of all including the heart of the Blessed Virgin Mary. Some people even would say he was one of the favorite sons of Our Lady!

Since the Event of January 20th, 1842 when Our Lady took over Alphonse’s life she became his mother. And it was she who always inspired him to act in all his works. He loved her so much that he wanted to die in her month. He often said: 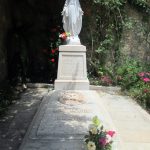 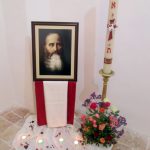 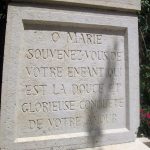 “I shall die in the month of Mary, I am not a child like any other. When I will be very ill, do not suggest to me all these invocations that are said to the dying: only tell me the word ‘Mary’. And the word Mary will descend into my heart. Mary, oh yes!”

Mary came herself to seek her faithful servant, and she lit up again with her rays those eyes that had already seen her, but seeing her at that supreme moment in the splendors of the reward, could no longer see anything else; therefore they have closed themselves to earthly light.” (Extract, Brother Elio’s talk, May 6th, 2017).

Alphonse was sure that Sion’s work was in the heart of the Virgin Mary. He trusted his call and mission to come to the Holy Land completely into her hands.

The Sisters, Brothers and many people from other congregations could see that Alphonse fulfilled his call for Sion and the Church in coming to Jerusalem and founding the three houses of Sion: Ecce Homo, Ein Karem and Ratisbonne. He gave his all to help the people of his beloved Jerusalem. He did not have a predilection for any race or religion; on the contrary he always encouraged the Sisters and Brothers to work with the same dedication for everyone. His next quote is an example of it:

“We need to enlarge our hearts… and make no distinction between Latin Catholic and Greek Orthodox, between Muslim and Jew… but embrace all in love.” (Alphonse Ratisbonne from Rome to Jerusalem p.39).

As Sisters and Brothers of Sion, we are invited to follow the spirit of our good Father Mary Alphonse and preach with our daily lives God’s love, passion and mercy for all peoples.

We pray to Alphonse that we might be faithful to our Sion call in the world as he wanted us to do. Just as in his last moments on May 6th, 1884 he said to Sister Eleonore “It is the Blessed Virgin who did everything in our mission… The mission of Sion will continue, be sure, but on one condition: do not doubt; especially do not doubt”. (Extract form Brother Elio’s talk, May 6th, 2017). 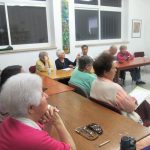 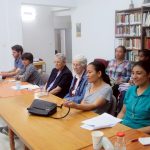 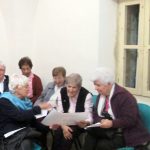 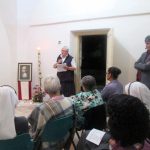 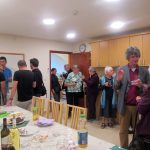 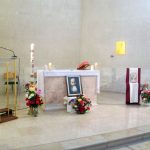 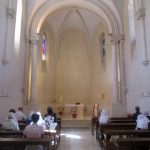 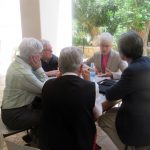 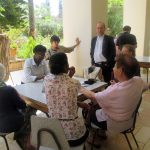 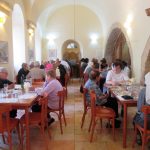