We had an introduction to Islam for two days with Msgr. Michael L. Fitzgerald, an African missionary (“White Father”).

The first day, he explained the beginning of Islam in the sixth century in Arabia and the History of the Prophet Muhammad, including his background, his family and what he did in his life. Also, he mentioned the five pillars in Islam which are shahada (profession of faith), salat (prayer five times a day in the direction of Mecca), Zakat (helping the poor or offerings), Sawon (Ramadan is a month of fasting from sunrise to sunset and the reciting of special prayers from the Qur’an) and the Hajj (pilgrimage to Mecca).

The second day he spoke about the ritual of the Muslim’s prayer and how the Qur’an was written and why the Qur’an is important to the Muslim people. As well, he mentioned that some of the Suras (chapters) of the Qur’an go back to the Prophet Muhammad being in Mecca and some when he was in Medina. The Medina Qur’an is all about the law, rules and survival regulations and the Mecca Qur’an has essential messages with scriptural backing (like Old Testament, New Testament and Apocryphal Books). In addition, he explained that in their spirituality, and according to their faith, purity, sincerity, prayer, fear of God and ways of love are important.

We really enjoyed this session and we learned and understood more about the history of Islam and the Qur’an. Also, how beautifully they can recite their prayer and we should respect their faith and tradition. We bless the Lord for this opportunity to learn and have more understanding about the richness of religions. 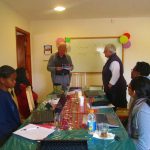 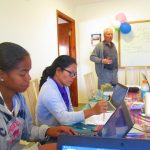 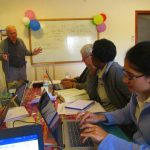