We were in the town of the Holy Family for three days. Nazareth facilitated us to get in touch in a deeper way with the hidden life of Jesus, Mary and Joseph. This great experience led us reflect in the childhood and adulthood of Jesus; and it made us think about what happened after 30 years of Jesus’s life in Nazareth. We knew the ministerial life of Jesus’ in Galilee written in the Bible but now after we visited the places we could see his life and mission closer than ever.

On Monday 19th we continued our journey, we went to mass to the Annunciation Church. After it we had our breakfast and then we left Nazareth to go to Tabgha. 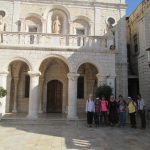 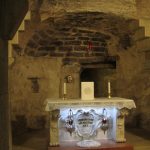 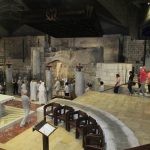 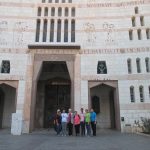 The first place we visited was Naim the place where Jesus brought the widow’s son back to life. (Lk 7,11-15). Here we only could see the little Church from outside because it was closed. 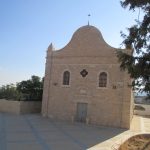 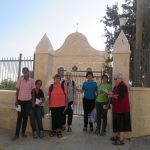 The spectacular view going up to Mount Tabor made us contemplated a glint of the majestic event that occurred in this special mountain. We were like the disciples who wanted to stay there with Jesus “Then Peter spoke to Jesus. ‘Lord,’ he said, ‘it is wonderful for us to be here; if you want me to, I will make three shelters here, one for you, one for Moses and one for Elijah.’” Mt 17, 4. We had time to pray in the Transfiguration Church and enjoy the gardens. 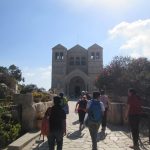 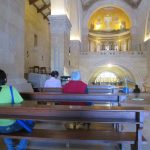 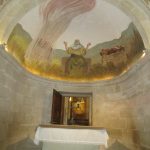 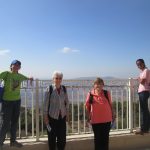 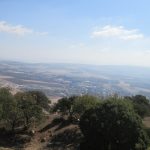 It is considered as one of the four Jewish Holy cities. It was a religious administrative and culture center. Many of the most important Jewish pieces of writing like the Mishna and Talmud have been composed in this city which was the home of many Jewish scholars. For example; Rabbi Moses ben Maimon, known as Maimonides. We visited his tomb where we could see the faith of some women who were intensively praying in this place. 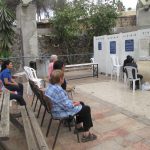 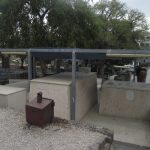 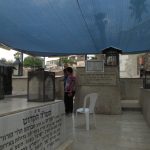 The lake of Galilee

We had a delicious Saint Peter fish for lunch in a restaurant in front of the lake.
Then we took a boat ride to go around the lake for 30 min. It was an amazing and unique experience for us because the lake is the place where Jesus invited the disciples to put out deep water and pay out their nets for catch. It was a vocational call for them and so it was a renewal of our own call. 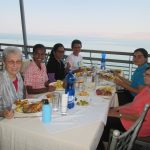 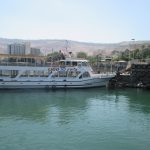 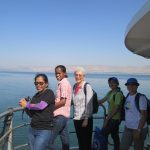 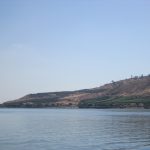 After the wonderful time we had in the boat. We went to Magdala where in 2009 was discovered a first century Synagogue. This place is also known traditionally in Christian sources as the birth place of Mary Magdalene. Besides the remains of the Synagogue and the archeological park we could enjoy of the “ Duc in altum” a beautiful chapel where we had our prayer time based on Lk 1,11. 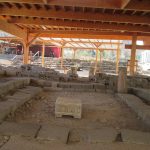 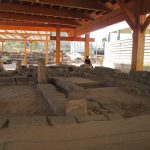 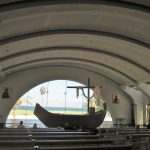 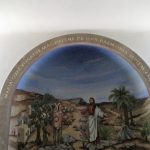 This church commemorates Jesus’ feeding of the five thousand. It is maintained and overseen by the Benedictine Order.

This was the place where we stayed for three days. We loved its location since we had the lake in front almost in front of our rooms. The view of the lake invited us to pray and reflect in Jesus and his disciples’ mission in Galilee. 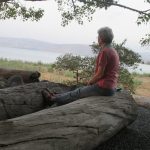 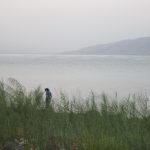 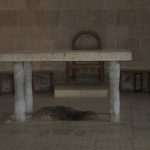 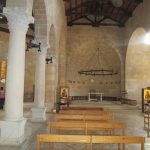 It commemorates one of the apparitions of Jesus to his disciples after his resurrection. According to the Gospel it was here where Jesus’s confirmed Peter’s primacy among the Apostles. “ Jesus said to him feed my sheep” Jn 21,17. Inside the church there is a stone (Mensa Christi) that according with the tradition is the stone where Jesus put the bread and the fish for his disciples also mentioned in the gospel of Jn 21,9 “As soon as they came ashore they saw that there was some bread there and a charcoal fire with fish cooking on it.”
We thanked the Lord, the Congregation, our Novitiate community and also Sister Darlene and Sister Jilvaneidi, who form part of the Formation Team, both of them were with us in this remarkable trip to Galilee. 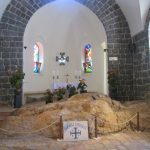 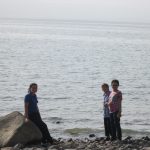 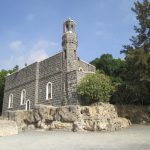 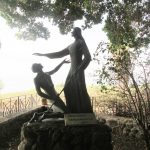