We can see in the Gospel of Lk. 1: 57-66.80 two important aspects: the mercy that makes sterile elderly parents able to conceive and bear a son, and also the name chosen for this son, John, which mean “God shows His Love”. “The mighty One who is merciful and compassionate”. Ps. 145

The scenic village of Ein Karem is located in the mountains of Judea. This is the place where the elderly Elizabeth and Zachary lived, where Elizabeth was visited by her cousin, Mary, a young virgin who was also pregnant in an extraordinary way and who stayed there for three months.

John is humble, simple, known to be an instrument to proclaim the Word, but he is not the Word. He denounces injustice and lack of love. He shows courage because he knows that in speaking the truth he might die, but he does not care about it, as he knows that his mission is to prepare the way for the One who will remove sin, corruption and who will spread love, solidarity and hope among the needy ones.

The earthly birth of Saint John the Baptist was a cause of great joy. The Gospel says so. Similarly the birth of Sion radiated a joy which will continue to increase through the ages… Saint John is on the boundary line, the frontier of the two Testaments; he has his left hand on the Hebrew Bible and his right hand on the Gospels. He is the bridge which joins the ancient people of God with the new people. Certainly this is your mission. Book 3, p. 184 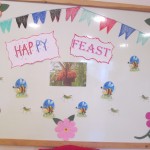 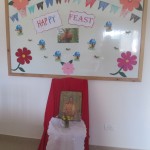 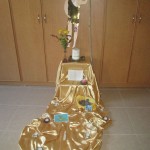 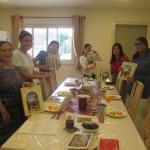 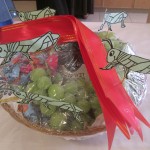 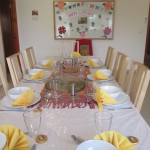 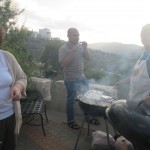 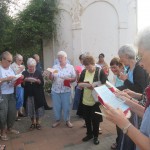 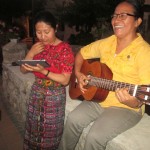 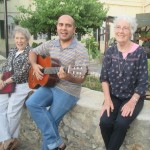 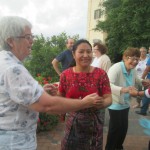 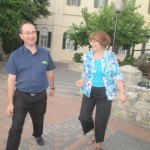 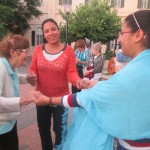 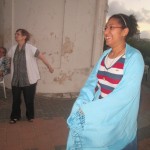