Sr. Wafaa Shehata NDS grew up in the village of El Berba in the diocese of Minya in Upper Egypt. During the time when Sr. Juliana and Sr. Darlene lived in Berba, she was the first young women finding her way to the congregation of “Notre Dame de Sion”. After her novitiate in Egypt accompanied by Sr. Juliana and her first vows in celebrated in her home village, she came the Jerusalem and stays with the St. Mary’s community in Ecce Homo. Here she works in the guesthouse and also is in contact with the arab speaking Christian communities. On Thursday June 28th she celebrated her commitment to final vows in the Basilica of Ecce Homo. 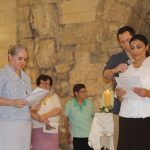 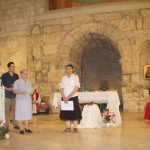 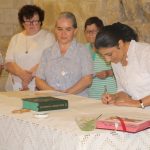 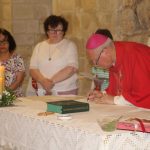