We had the privilege to start a process of human development with Sr. Maureen Cusick NDS. She worked with us under the topic of “We are God´s Image”. She started with the very beginning of the life, from the conception to an age about two years. She divided the topic in four steps:

She also reinforced that “we have to be who we are”, because we are God´s image and unique in this world. 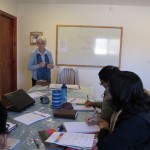 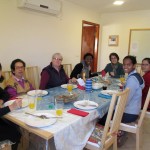 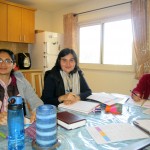 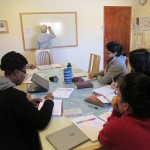 On February 19th 2016, we began with Sr. Anne Catherine NDS classes about Judaism based on biblical tests. She explained to us the meaning of circumcision: it´s the alliance with God.

“You must circumcise the flesh of your foreskin, and that will be the sign of the covenant between myself and you. As soon as he is eight days old, every one of males, generation after generation, must be circumcised, including slaves born within the household or bought from foreigner not of your descent.” Gen 17, 11-12.

It is a procedure ordained by God in the Jewish boys after eight days from birth, which means an act of faith above logic.

“And when eight days were accomplished for the circumcising of the child, his name was called Jesus, which was so named of the angel before he was conceived in the womb.” Luke 2, 21

And also the meaning of purification in Judaism.

“Whenever a woman has a discharge and the discharge from her body is of blood, she will remain in a state of menstrual pollution for seven days.” Lev 15, 19.

According to the Torah women need to be purified after childbirth and after the menstrual period. Because for them the blood is life, if the woman looses blood she is considered impure, because she is loosing life.
Sr. Anne Catherine explained very well the Tanakh in Judaism: It consists the